Traveling soon by plane? Or have you just returned from an eventful tour? Record your memories visually down to the smallest detail. The new "German Airports" package lets you add even more pizzazz to your air travel: simulate the ride to the airport, select your terminal, and track your luggage as it's loaded on board. There are no limits to your imagination.


The package includes the sixteen most important airports in Germany with their buildings illustrated in unbelievably rich detail. As you've come to expect from Vasco da Gama, attention to detail plays an important role in this package, offering not only maps of the airport's surroundings, but also precise photos of the airfields.


But that's not all: the package comes with all of the special vehicles only found at airports, including fire trucks, baggage carts, and "Follow Me" cars for incredibly realistic airport and travel scenarios.

The basis for this spectacular package of objects is the highly detailed reproductions of the following 16 German airports:

Airport terminals, towers, hangars, parking lots: all of the various types of buildings found at any large airport are included.

In our "German Airports" package, you'll find all of these buildings for the sixteen airports reproduced as lovingly and richly detailed 3-D models that you can map precisely with Vasco da Gama (version 9.11+). 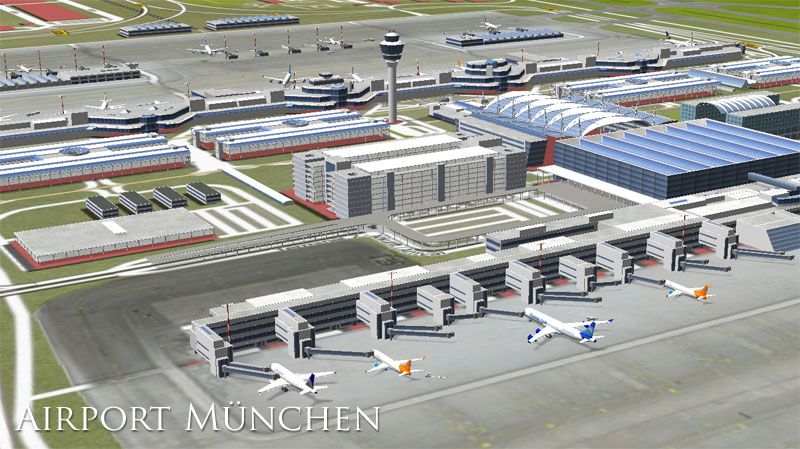 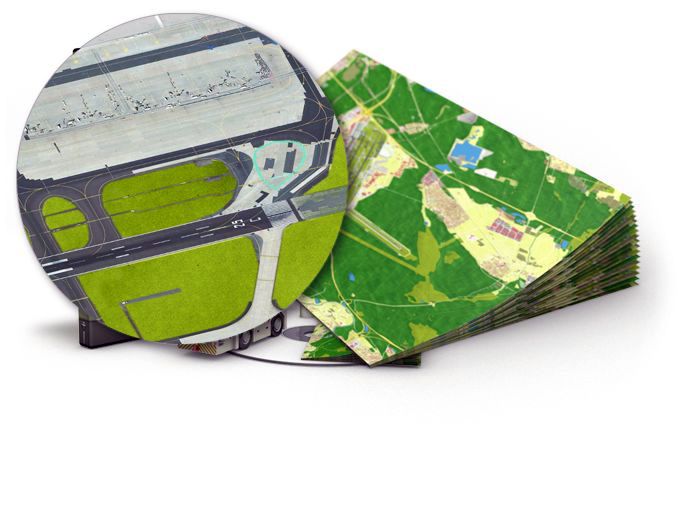 To produce realistic airport animations, you not only need intricate 3-D models of the buildings but also maps of the area showing a similar level of detail.

That's why we include high-resolution maps (16,000 x 9,000 pixels per map) of the both the underlying surface and the area surrounding the airport.

These details let you show flights landing and taking off with accurately-drawn runways and the vehicles you'd actually see on the tarmac!

This was made possible by special maps of the airport environment to show take-off and landing phases with aerial photos of airports adjusted to allow them to be displayed as photorealistically as possible. 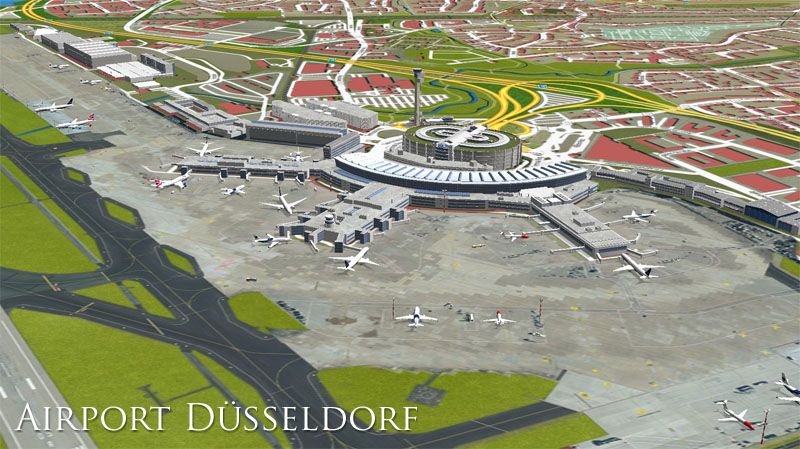 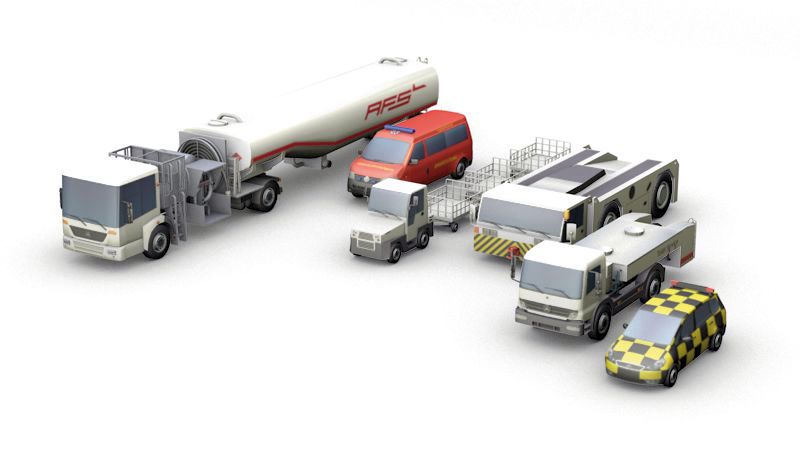 The finishing touch to this exquisite collection is the vehicles that are unique to airport settings that allow you to illustrate your airport scenario as realistically as possible.
You can have luggage carts rumbling over the tarmac, aircraft tractors and fire trucks on the runway, or even display the bus taking passengers out to their aircraft.

As typical with objects by MotionStudios, all of the vehicles have been modeled in fine detail and can be placed and animated individually. 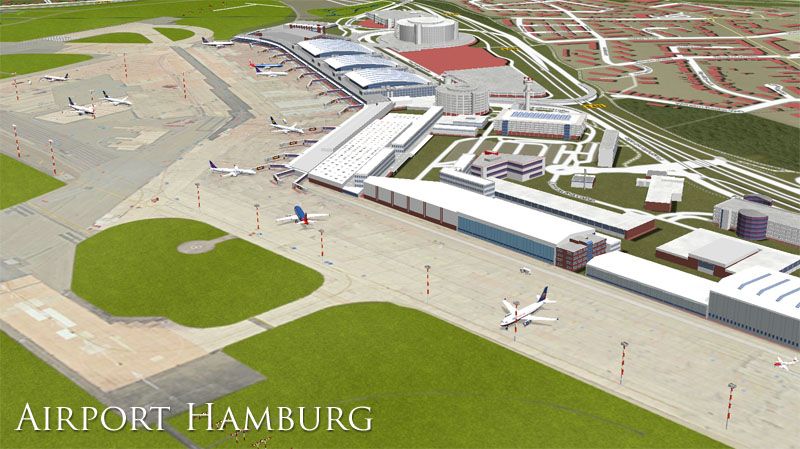 Some of our sample images show aircraft not included in Vasco da Gama 9 or the airport package, but can instead be found in the optional "Aircraft & Airlines 3" package.